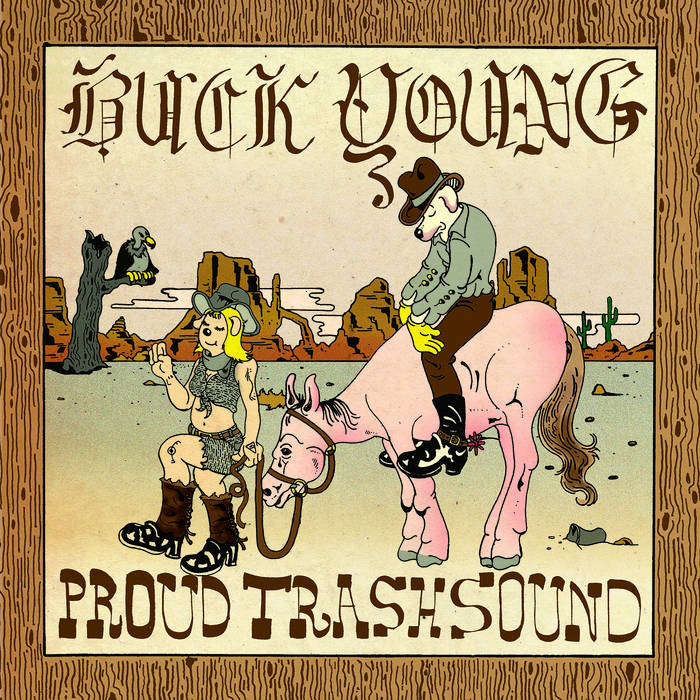 Snake Plant Paul Bought the tape then the record, now bought the digital. This album has been the soundtrack to much drinking and drug abuse. "Hang Em Hiiiiiiii!!!" is one of few songs I will listen to on repeat. Favorite track: Hang Em Hiiiiiiii!!!.

Cooper Carrington A satirical, humorous and simultaneously terrifying revisionist western that'll make you square dance before making you fall to the ground to squirm

C'mon everybody, it's the end of civilized society....so let's get a few things straight.

When the economy collapsed back in the early 20th century, the American avant-garde were driven into academic caves and its composers imperiled and ridiculed. In response, Aaron Copeland's anemic 'Appalachian Spring' eliminated America as relevant on the international stage.

It has been 74 long years, so steal a few tall cans of beer, pull up an old crate or a worn out tire and start a bonfire with your roommates' crap. Add a reasonably functional cassette player and this is the new American concert hall.

Here lies an indulgent 'program', in part memorializing a great American dead man, Murdoch. 'Murdoch' is a tender dedication signaling the end of side A, allowing you a moment to bottle up your feelings (especially if in company) as you flip sides.

In truth, it is Crumer and Sapphogeist, hiding behind Buck Young and Proud Trash Sound. There are Pig grunts, Scratchy man yodelings, Pesky guitars floating around all the time, Noise bombs, Broads singing all about their 'troubles', Gunfights, Grown men weeping into their drunk guitars, pedals and piano (Save for Crumer, these are Military men) and an Epic love story, featuring 'Linda'.

Trash Sound has a little Lejaren Hiller, a little '10 notes on a summers day'. These are Outstanding Sounds Manipulated Masterfully! As society and the Art of Noise unravel, its really nice to hear a few of the good ones who give a shit play their cards on the record .....in America.

Cannibal Corpse's George "Corpsegrinder" Fisher stops by for an interview