Get fresh music recommendations delivered to your inbox every Friday.

"The Alchemist: The Complete Recordings of Cold Electric Fire" (NRR73) 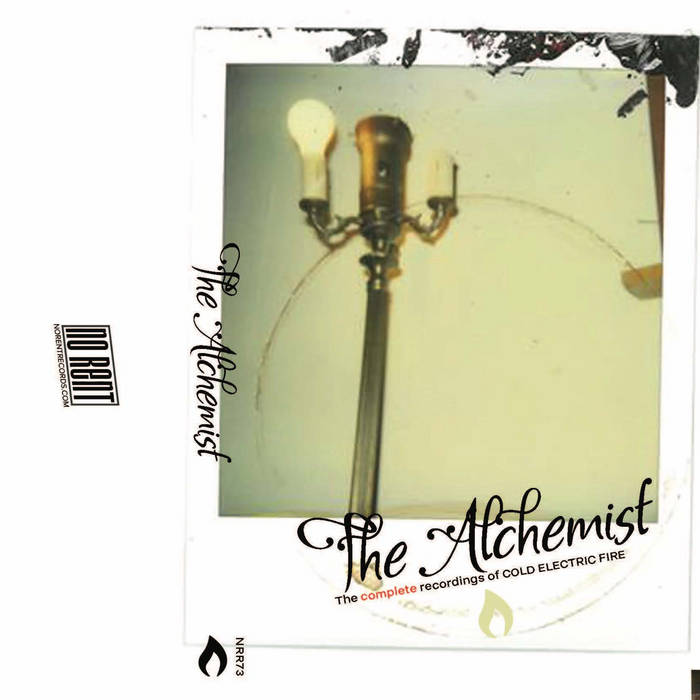 This stunning collection chronicles the short, reclusive recording life of my favorite NC-based ambient project Cold Electric Fire. The material was recorded between 1998 and 2003, in the side room of a small house in Hillsborough, NC (e.g. the country) The material was done on 4-track. I've still never seen anything like the patience Gary had with this recording technique. He essentially mixed to stand-alone CD-burner and back onto 4-track thousands of times per track, and did so with an obsessive amount of care with regard to the EQ work and how the frequencies sat. Over the years (as you'll hear if you listen to the full collection) his foresight regarding where sounds would sit entered a realm that can without hyperbole be called visionary. Aside from a few embarrassing bits on the first album, this material all resoundingly stands the test of time. I released the first CDr, on my ill-prepared but good-hearted label Sacred Sound, in 2001. The second came out on real CD via Crionic Mind in 2002, and the final material remained unreleased until this collection came together in 2018.

The first album, very much a child of its time, is a patient exercise in strong, analog drone. This self-titled release has the kitchen sink vibe of much experimental music of the time, but honed to a degree that made it feel new. It's a little sloppy against the background of Gary's later work, but gains cohesion as it rolls along, climaxing with the beautiful, roaring sentimentalism of "Sightless." The charm of the early album comes from it being slightly unhinged, wearing its emotional content more on the sleeve. It, again, shows the basic framework of an artistic trajectory evolving into what would ultimately become his stone cold masterpiece second album "In Nights Dream We Are Ghosts."

For students of the style, the earlier material is interesting in that it foreshadows Gary’s treatment of themes. The song “Tailor," my least favorite on the collection, nevertheless goes a long way toward showing how he'd use themes later. In the first album, this is a simple harmonic motif repeated in varying ways; A few years later on "Along This Burning Sphere," my favorite track of the whole collection, the idea is fully realized. The initial framework is there, but the weaving of thematic content is now subtle enough that it's impossible to notice the recording tactics while hearing the results. It's hard to notice without the early material as a guidepost. The goal of ambient at the time seemed to be getting from point A to point B without the listener noticing, but if you fast forward from beginning to end, you are listening to two different songs. CEF did that better than anyone I've ever heard. All without the use of a digital cross fade, every change done by a probably wasted yet stoically steady hand. A real frog boiling exercise.

"In Nights Dream" is certainly his darkest, and for him, harshest. This one takes the compositional obsession to a new level. The entire flow of the album is repeated in the first song and the second to last song, as well as over the length of the release itself. Its a microcosm of a microcosm and as cheesy as that sounds when you hear it you'll know what I mean. I could live without the heroin references in the song titles but otherwise its a flawless effort. All three of these releases were made without attention to side breaks, so its broken up between the last track of the first tape and first part of the second tape. Side C has gotten the most play in our house so far.

This came out on Crionic Mind around the time of Exsanguinate, KK Null, and Wilt as well as label head Scott Canady's own great material as Gruntsplatter, and Lefthandeddecision's seminal "Instinct and Emotion." That is to say (other than the lhd, of course), it was released in the midst of what a lot of us colloquially refer to as "90s dark ambient." It held its own just fine among these artists, as the sounds weren't THAT far off but CEF was never rooted in industrial or in darkness per se. That mislabeling eventually cost him his final album, which was ultimately deemed "not dark enough" by people who lacked the perspective to really make that call.

His last release, "A Cursory Sweep of the Insurmountable” was meant to be his transition into academic composer-dom: a brilliant, religiously constructed three part study of deep tones from single instruments, the transitions now fully blurred and peak ambient achieved. This was him coming out of freak-in-the-country-recording-ambient-stuff to American Experimental Composer. Unfortunately, the transformation was not to be, as the label head rejected the master and the fire fizzled.

What Cold Electric Fire left us was a ragged, honest debut and two master works deserving seats next to greats like COIL and NWW. No Rent is proud to have been trusted to present this vital collection of lost American ambient music.
-- Jason Crumer (4/21/18)

If you like "The Alchemist: The Complete Recordings of Cold Electric Fire" (NRR73), you may also like:

Little Brother joins the show to discuss their beautiful journey, plus tunes from Fat Tony